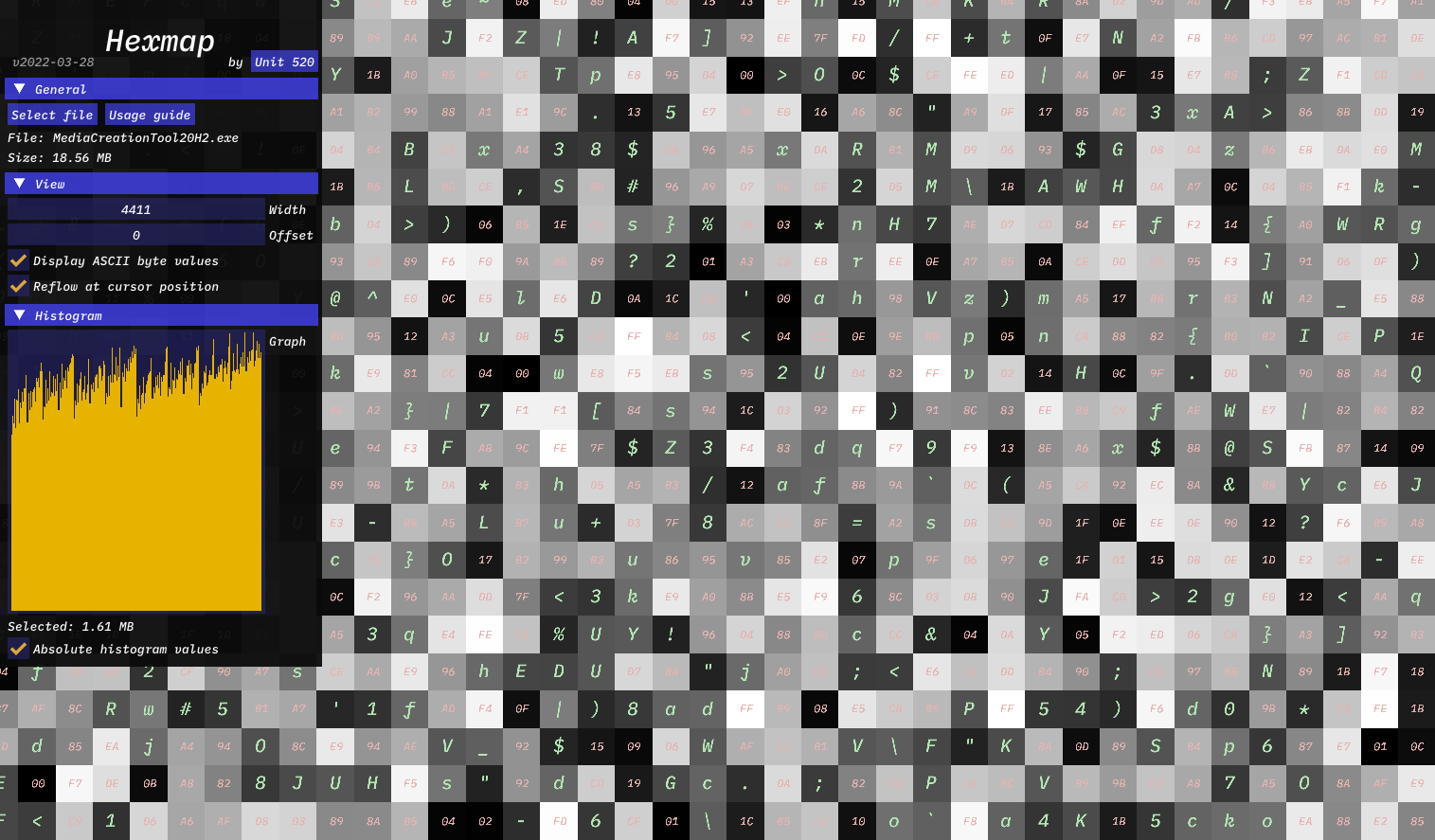 Hexmap allows the exploration of arbitrary binary data in a pan and zoomable map-like visualization. Each byte is mapped to a single grayscale 8bit pixel. Row length and row starting offset can be adjusted in real-time, reflowing all pixels accordingly.

Hexmap also serves as a demonstrator and test project for a pure WebAssembly/WebGL based web application. Written in C++17, it can be compiled natively to any platform that supports at least (hardware accelerated) OpenGL ES 2.0. This is made possible by the following support libraries: 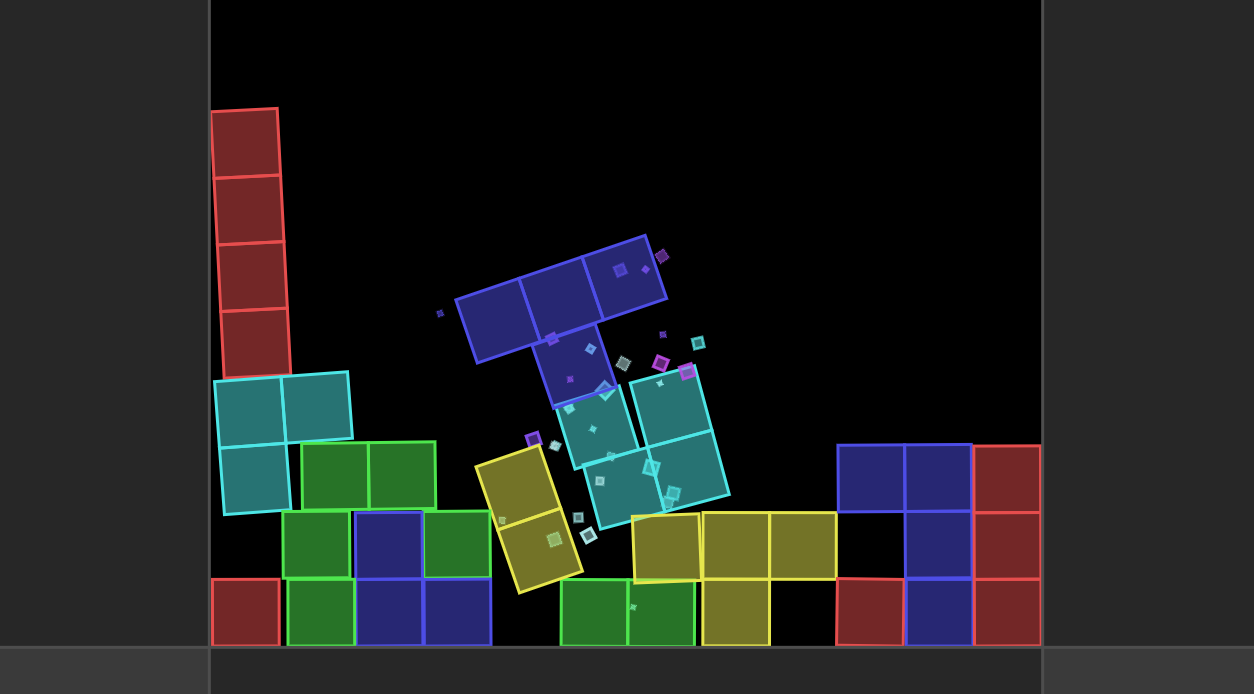 Dead Trees is a game prototype / destructible physics experiment that is totally not inspired by the popular block laying game™ of unknown origin that takes the initial concept ad absurdum.

The general tech used is similar to Hexmap, the physics simulation is done using Box2D.

You can read more on the backstory in this post.